Blog
You are here: Home1 / Blog2 / Plumbing Problems3 / 3 Ways to Take Care of Your Garbage Disposal

Let’s face it, your garbage disposal makes life much easier, but how many of us are worried about what it needs? If you’re like most people, you don’t think about that until it breaks! That’s ok, but we have some tips that will make sure that you won’t have to spend any time thinking about your garbage disposal and keeping it from damaging.

Letting the garbage disposal run every once and awhile without anything but some cold water and soap inside for a minute or two is a good idea to reduce buildup. It’s one of those easy to do tips that really don’t require any extra work or thought. You can easily do this after you’re done washing your dishes or while you’re preparing dinner.

The blades in the disposal work hard, but both they and the pipes are still subject to buildup. Which is another reason to use your disposal frequently! They are less likely to get damage or corrosion if you’re using it often using the cold water and soap method on occasion.

Some people get worried about what they can and can’t dispose of in the garbage disposal. You’re more than welcome to dispose of food I there. In fact, egg shells, and small bones (like from chicken and fish) help break up accumulated buildup by creating the effect scouring effect that steel wool would in the pipes and on the blades.

If you’re disposing of the food without any course materials, use a strong flow of cold water. Doing this aids the breakdown of the food itself and helps break apart any oils from the food that could clog up the inside of the disposal. Many people do this already, but if you aren’t, it’s a great way to ensure you’re taking care of your disposal unit.

Small bones are good, but large bones aren’t. Neither are fibrous goods foods like large corn husks, onion skins, stalks of celery or artichokes. Even large amounts of potato peels can cause a clog, so be sure that you’re not only regulating what you’re putting in the garbage disposal but also how much you put in at a time.

Hopefully, you learned something helpful about your garbage disposal. If you’re having any problems with your garbage disposal call us at (714) 632-7000 or (949) 362-7700 for a free estimate. We are available 8am-5pm Monday through Friday and Saturday from 8am-3pm. After these hours, we’re still available for emergency services.
Prefer to stop by instead? We are located at 1345 N. Red Gum St. #1, Anaheim, CA 92806 and available in the office during those same hours. We are here for you 24/7 for all of your plumbing needs! 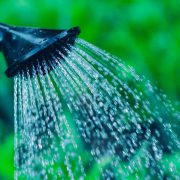 How to Avoid These Summer Plumbing Problems 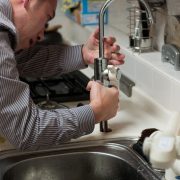 5 Plumbing Problems You Shouldn’t Fix Yourself 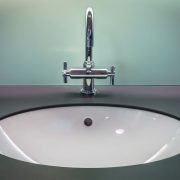 How to Prevent Clogged Drains in Your Home 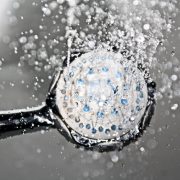 8 Things Your Plumber Wants You to Know

4 Things You Need to Know About Your Septic Tank